I never charged; I just was happy to get up each morning with a focus during the weeks that followed.

When lockdown one arrived last year it arrived with a whole host of financial and other issues. As manager at Inn of on the Beach in Hayling facing time at home wasn’t something I was relishing. The previous year I had been made redundant and it knocked me for six into chronic anxiety.

I decided to get on the front foot and do an online course with Yale University, ‘the science of wellbeing’ through Coursera. One of the confidence-building exercises was to draw a picture and post it on my social media. Well, I knew I could draw because I came top at art at school so how hard was this going to be, but that was 1982!? I was lucky enough to have lived in Orlando, Florida so I thought I’d attempt a Mickey Mouse. He turned out OK, I got some positive comments, so I thought I’d push on. I set myself a goal of portraiture as I remember having struggled during my O levels (yep, that’s how old I am).

I continued with other characters then moved onto celebrities. I started to post again on social media, and I began to get a following. This spurred me on to become even more creative, so I decided to take my time doing images over a few days rather than a few hours. The affirmation that the images were improving was that I was now getting requests for pictures. I never charged; I just was happy to get up each morning with a focus during the weeks that followed.

I drew an image for a friend, she liked it so much she contacted the BBC, they filmed me in the pub over the Christmas period when we had returned to work, I had now made the news!

I decided that I would assist hospitality focussed organisations that were raising funds for numerous charities, they asked for a picture to auction, now in lockdown 3 I decided to do three. I have given drawings to the US Army in Alaska in memory of a colonel that had passed, a neurological charity in Cheshire and I have been contacted to assist/teach fellow artists via email.

Today I was filmed by ITV for a ‘feel good’ piece for the local news. The art has certainly got me through, time spent with focus on the task has certainly assisted my mind and the ability to help others through this discovered gift has certainly filled me with great pleasure. 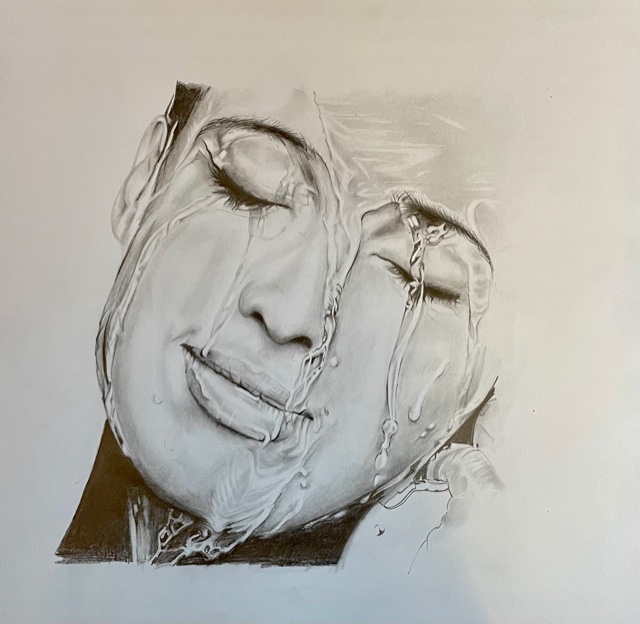